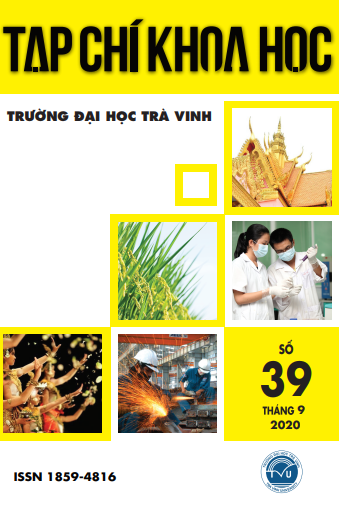 This study aims to describe the culture and regional economic characteristics of the Mekong delta in relation to the livelihoods of households based on secondary data from the Vietnam living standards and authors’ primary data. The research results show that the diversity of culture, religion and ethnicity of the population community in the Mekong delta has led to specific characteristics in the household’s livelihood. In addition, livelihood outcomes of households also differ between ethnic groups, in particular a majority ethnic group Kinh and other ethnic minorities (the Khmer in this study). Most of the livelihoods of the Khmer are low compared to the Kinh’s. However, the financial capital reflected in the opportunity of the Khmer to access formal credit is quite high. It reflects the State’s effective policies in creating favorable conditions for the poor and ethnic minority to
access formal credit for production capital demands. Similar policies need to be effectively implemented to improve people’s livelihoods, create harmony among ethnic groups, cultures and economic conditions of
communities in the Mekong delta.

Most read articles by the same author(s)